What is the Mere-exposure Effect?

The Mere-exposure Effect describes the way in which familiarity with a stimulus induces more positive responses to it. The effect was first observed and demonstrated by the psychologist Robert Zajonc. Zajonc’s experiments showed that people meet novel stimuli with fear and respond more favourably as they become more familiar.

Whilst Zajonc found that the effect occurred when participants were exposed to stimuli at a non-conscious level, other researchers have suggested that conscious factors are significant.

In marketing, the Mere-Exposure Effect is used to cultivate positive feelings towards a brand or product through large-scale saturation campaigns. This is particularly prevalent in food and drink industries, where a number of major brands devote the majority of their marketing resources to developing brand familiarity. 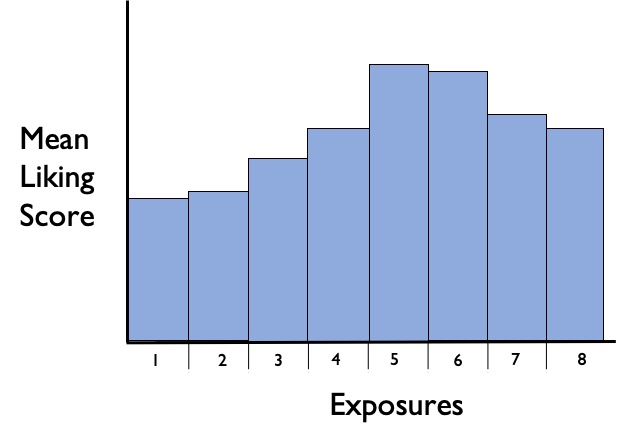 However, the principle of mere-exposure is also an important consideration in User-Experience (UX) design. The importance of Processing Efficacy makes familiar symbols or designs especially valuable.

There are several simple ways to apply mere exposure and it is used to great effect by some of the biggest brands on the planet.

Familiarity can greatly enhance browsers ability to engage with your product, and ultimately become buyers.