Why honesty is the best policy when it comes to marketing

Do you have children? Ever tried to make them eat more healthily? Perhaps you’ve tried to persuade them that broccoli is delicious, or that eating spinach will make them as strong as Popeye? Is honesty top of your list?

Often these attempts at persuasion can make us feel uneasy – probably because it feels like we aren’t telling the truth.

I remember when I was younger, my dad told me he would give me €10 if I persuaded my 5-year-old sister to eat a whole tomato. If you knew my sister, you’d know that €10 is definitely not worth the hassle (she’s now 16 and still hates tomatoes).

But back then it was all I needed to get a subscription for my favourite magazine. I tried repeatedly to explain to her that tomatoes are healthy, tasty, and even cool, but still she refused.

And then a new strategy occurred to me. I said that if she tried one she would turn into a unicorn, and it worked! But then afterwards I felt awful because I had lied.

I now wonder if it would’ve been just as effective to say, “Look, tomatoes are tasteless, and don’t even contain much vitamin C, but if you try one I will get to read my favourite magazine, so please, do your sister a favour?”

Encouraging desirable behaviours by subtle changes in presentation went mainstream last year when the Nobel Prize in Economic Sciences was awarded to Richard Thaler. He won due to his contribution to behavioural psychology and introduction of the idea of nudging.

His book on the subject, Nudge, written together with Harvard Professor Cass Sunstein, is a worldwide bestseller.

What is a nudge?

A “nudge” is used to describe any alteration to an environment which might lead to a change in behaviour without obstructing an individual’s freedom of choice. It is based on the premise that as humans we are irrational creatures, and often make our decisions using biases, heuristics, and rules of thumb.

That same fallibility can be used to alter our behaviour in ways which are beneficial to us. In this way, behavioural change might be achieved without invasive regulations, costly campaigns, or bans.

Because of this, nudging techniques are being increasingly seen as a cost-effective form of public policy. One such example is David Cameron’s establishment of Behavioural Insights Team (BIT) or “Nudge Unit” in the UK government.

My own favourite example of a nudge is one deployed on Chicago’s Lake Shore Drive to limit speed. In that particular area, perhaps due to the beautiful scenery, drivers are often distracted and exceed the speed limit.

The heuristic-triggering nudge that has been employed to address the issue is the use of white stripes across the region. At the beginning of the road, drivers encounter a series of white stripes printed evenly spaced out across the road. As they progress into the more dangerous parts of the S curve, the stripes get closer to one another.

This subtly induces drivers to slow down as it creates the illusion that they have increased their speed.

There isn’t much difference between nudging and marketing: both leverage psychological biases to bring about change. But their reputation doesn’t reflect this. One can readily be seen as beneficial, whereas the other can all too easily feel like manipulation.

Marketing is not inherently bad. The first goal of marketing is to attract a potential customer’s attention – the second is to hold it. In a time when we have a seemingly infinite number of sources competing for our finite attention, how we utilise this attention is of great importance.

Roger Dooley has a useful mantra for marketers wary of straying into manipulative practices: “If you are being honest, and if you are helping the customer get to a better place, it’s not manipulation and it’s not unethical.”

In their single-minded pursuit of business growth, marketers and advertisers try to convince us that if we use their product we might turn into a (metaphorical) unicorn. This has become so common that they have stopped feeling bad afterwards.

But customers are growing increasingly suspicious. We feel we’ve been betrayed to the point that some of marketers’ best techniques have turned us against them.

There was an article on marketing manipulation recently in The Times which reported how often seemingly unmissable offers are actually made up.

It cited a report by Which? about Virgin Holidays’ decision to push back the deadline of a flash holiday sale twice, meaning the same deals were available at the same price a month later after their expiry deadline.

Perhaps a few years ago when there wasn’t the same level of choice, or the same easy availability of information, these manipulative persuasion techniques were more effective.

However, with the multiplicity of choice in the digital age, companies can no longer afford to use their marketing skills in the same way without shooting themselves in the foot.

Let’s imagine you create a Tinder profile and, to improve your chances, retouch your photos and write in your bio that you’re a professional football player.

In reality, you don’t look that handsome and only play on weekends for fun. While you might at first be successful and attract a lot of interest, how long do you think any of these “interests” would last? Only until you are found out. In reality, if you are looking for a long-term relationship, authenticity is the best policy.

The same is true for your relationship with your customers. If you are only after a quick buck, manipulation will help you achieve that. But it will also ensure that customer never buys from you again, and likely tells their friends not to either. For lasting relationships which yield a high LTV (Lifetime Value), honest, helpful marketing is the route to go down.

The honesty of Domino’s Pizza serves as a great example

An article on Fortune  describes how by incorporating an honesty strategy Domino’s Pizzawere able to increase the value of their stock from $7.73 in 2009 to $72.18 in February 2014.

In 2008 they became aware of the wide-spread dissatisfaction with their product. The most common comments used to describe their product according to a survey were “cardboard” and “tasteless”.

Then, in an act of bravery, Domino’s did the unimaginable. They shared their customers’ views online and declared their commitment to improving their product. The results were strikingly positive and today Domino’s pizza continue an honest relationship with more than 9 million fans on Facebook.

In Daniel Carnegie’s book How Тo Win Friends and Influence People, principle number two is honesty. Forbes contributor Dean Brenner,  explains why. He suggests that honesty is the single fundamental secret which underlies all persuasion techniques.

Why? “Because to successfully persuade someone you need to be able to match your skill in communication to the difficulty of presentation,” and the only way to do that is if you are honest. 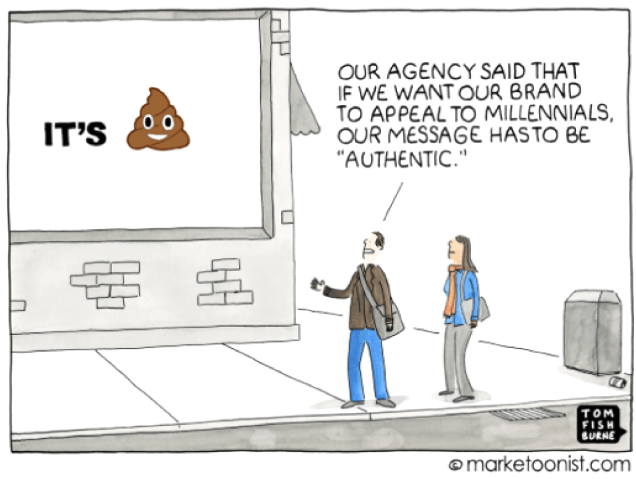 It is easy to understand why many marketers might be afraid to go down that route. When there is so much choice on the market, if you’re not the best, or at the very least don’t claim to be, there seems little hope for winning new custom. However, real world examples show us that this isn’t the case. 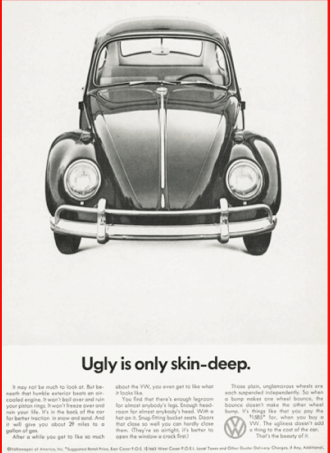 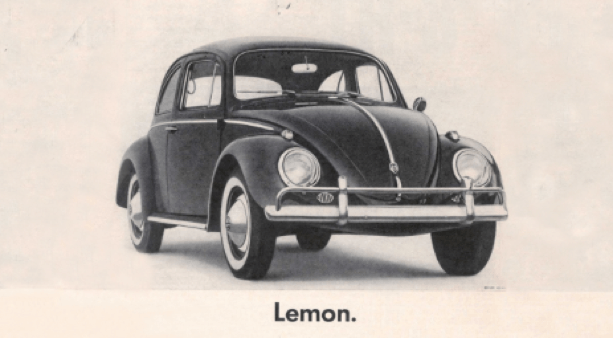 This Volkswagen campaign revolved around stating the obvious- their car was ugly. Especially compared to the common designs at the time. Rather than trying to hide it and pretend that the elephant is not in the room, they made their whole campaign about it.

With this campaign VW was able to launch a creative revolution in advertising. It earned its place as one of the most loved brands for its quality, honesty and commitment, that also happens to be worth millions of dollars. 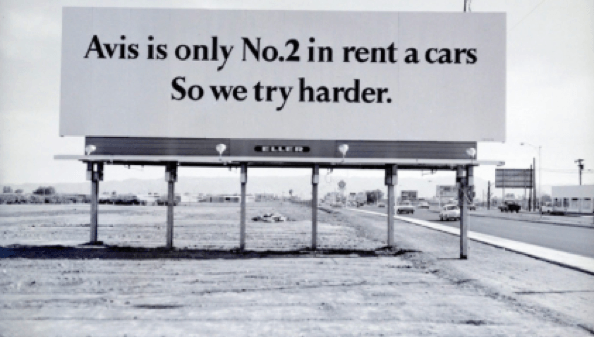 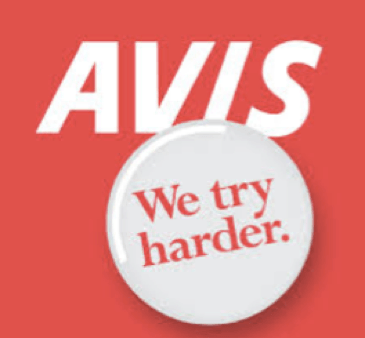 Avis’ headline, “We are number two, so we try harder”, honest and direct in nature has been able to take Avis’ market share from 18% to 34% in a very short time. And half a decade later, the company still uses the same headline.

When you stumble upon such honesty it is hard not to appreciate it and almost feel a sense of obligation. They have rewarded you with their honesty, you might have to return the favour by becoming a client. 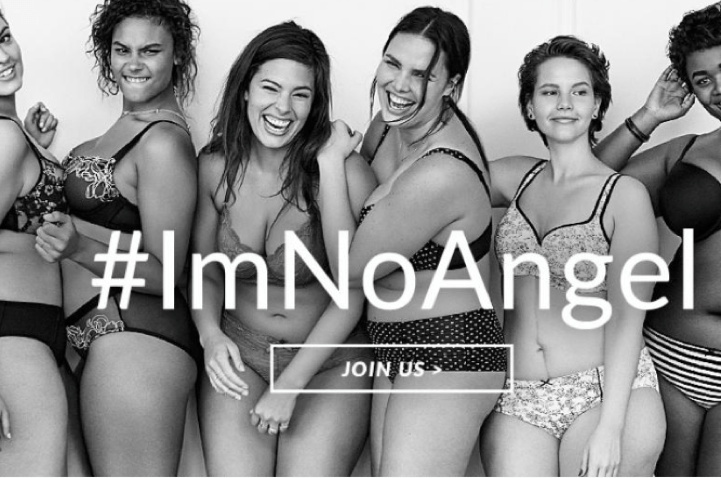 Lane Bryant’s campaign launched in 2015 is another example of how honesty can lead to unprecedented success and even start a revolution. Their campaign aimed to make plus size women feel more confident in their bodies by redefining what is perceived as sexy. They didn’t use Victoria Secret Models, a fact that they did not try to hide, but instead broadcasted publicly.

The campaign has been a huge success, just four weeks after its launch there have were over 16 billion social and media impressions. Moreover, the campaign lead to $7 million increase in incremental sales.

Honesty may really be the best policy when it comes to marketing. Using a more authentic approach may seem like a limitation to some, but can ultimately lead to a more positive, genuine, and profitable relationship with customers.

You can read more about Consumer Psychology on our blog or visit our tactics pages for 250+ conversion techniques based on consumer psychology then implement them on your website and AB test in minutes with Convertize SmartEditor™.

Can A/B Testing Maximise the Value of Website Traffic?