Case Studies » BREXIT, neuromarketing and how I got it wrong!

BREXIT, neuromarketing and how I got it wrong!

Yesterday night I went to sleep at 3:30, not because I came back from The Ministry of Sound or from the White Horse, but because like many of my British neighbours, I wanted to know the BREXIT results.

A few days before, my 8-year-old daughter asked me “Daddy, we will stay or go?”, to which I simply replied “Of course we will stay ” thinking that the Status quo bias is usually very strong and that people prefer to keep things as they are…

That feeling that UK would stay definitely part of the EU was reinforced by a couple of news and communications like this picture: 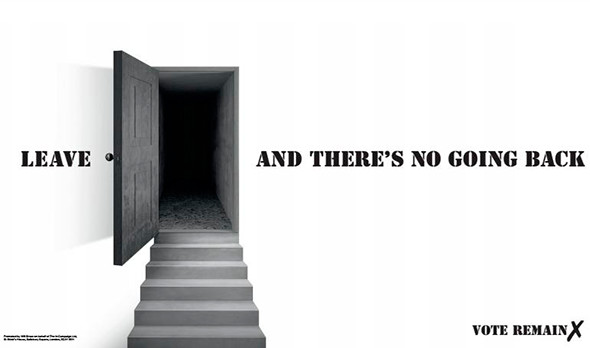 The Remain camp played well with the need for certainty, hence with emotions.

I was convinced that Voters are like Consumers: they compare, they evaluate but in the end, they decide based on their emotions, not based on the (very) few rational facts used by both camps.

The after-noon of the 23rd I saw that the markets were giving a positive boost to the GBP: 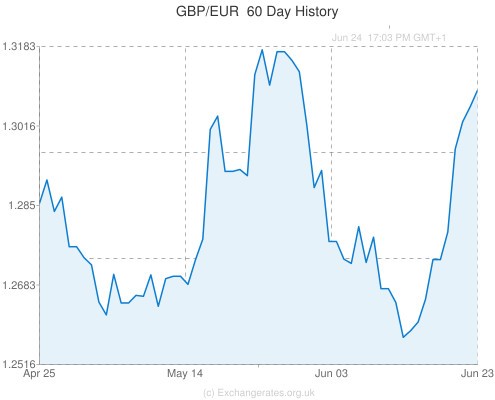 and the polls were also showing “Stay” as a winner: 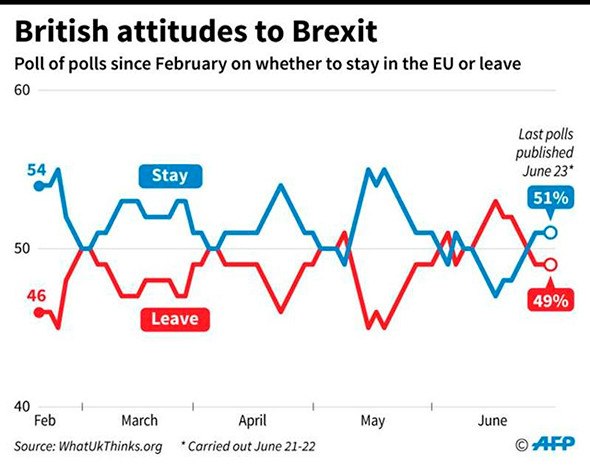 But I was probably looking for a confirmation of my own beliefs… and to be consistent with my bias, I also saw a scan of the BREXIT ballot paper and thought:these guys are playing with the Primacy effect, they have put “Remain” 1st in the list: 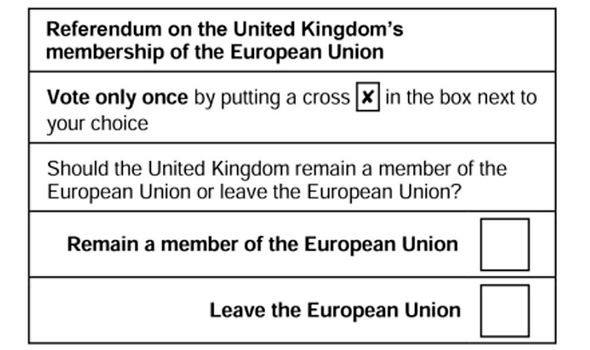 Before going to bed, my son asked me “Why do you think that we will stay?” and I replied with a smile “Because I know people, I know how they make decisions”.

To me the whole picture was very clear: Loss aversion was too strong for people to risk leaving the EU!

But a few hours later… you know what has happened, I saw this: 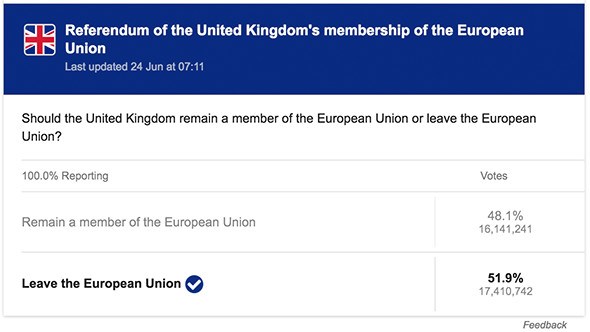 How was that possible?! I was convinced to have the perfect analysis of the situation and I just got it wrong…

Well, I basically did what Marketers do too often: I had neglected the numbers and was myself influenced by my intuitions.

There was no statistical significance showing that one vote or the other would win in the final run, it was an event loaded with emotions and with a very broad range of participants (72% turnout).

The combination of these parameters made predictions impossible.

I will not comment on the final result of this referendum, but I will conclude by highlighting a few points:

In a Web 2.0 World, Politicians who don’t use strong data and tools like Neuromarketing, will always play with luck instead of working towards predictable results.

Reading Time: 4 minutes Over the past 5 years A/B testing has become standard industry practice. According to a study recently...