If you have ever been involved in digital marketing, you will have come across someone who describes themselves as a “marketing superhero.” These “experts” will confidently describe to you the most important trends for 2019, 2020 and beyond…

Such confidence is remarkable, considering we work in an industry where everything changes every few months (or, even, every couple of weeks). So the question I find myself asking is …

How can anyone call themselves an expert in a field that changes so quickly?

What Makes a Digital Marketing Expert?

Digital marketing experts are masters of evolution. To succeed in this industry it is important to learn how to adapt. You also need to challenge your beliefs and test your ideas.

The problem is, this process is often undermined by our reliance on estimations and gut-feelings. We all use mental shortcuts and biased guesswork to help us to think quickly.

So, if you consider yourself a master of your craft, you might want to check that you are not falling for a classic cognitive bias. Even marketing superheroes sometimes fool themselves into trusting a misguided hunch. This is our list of the five cognitive biases even digital marketing experts fall for. 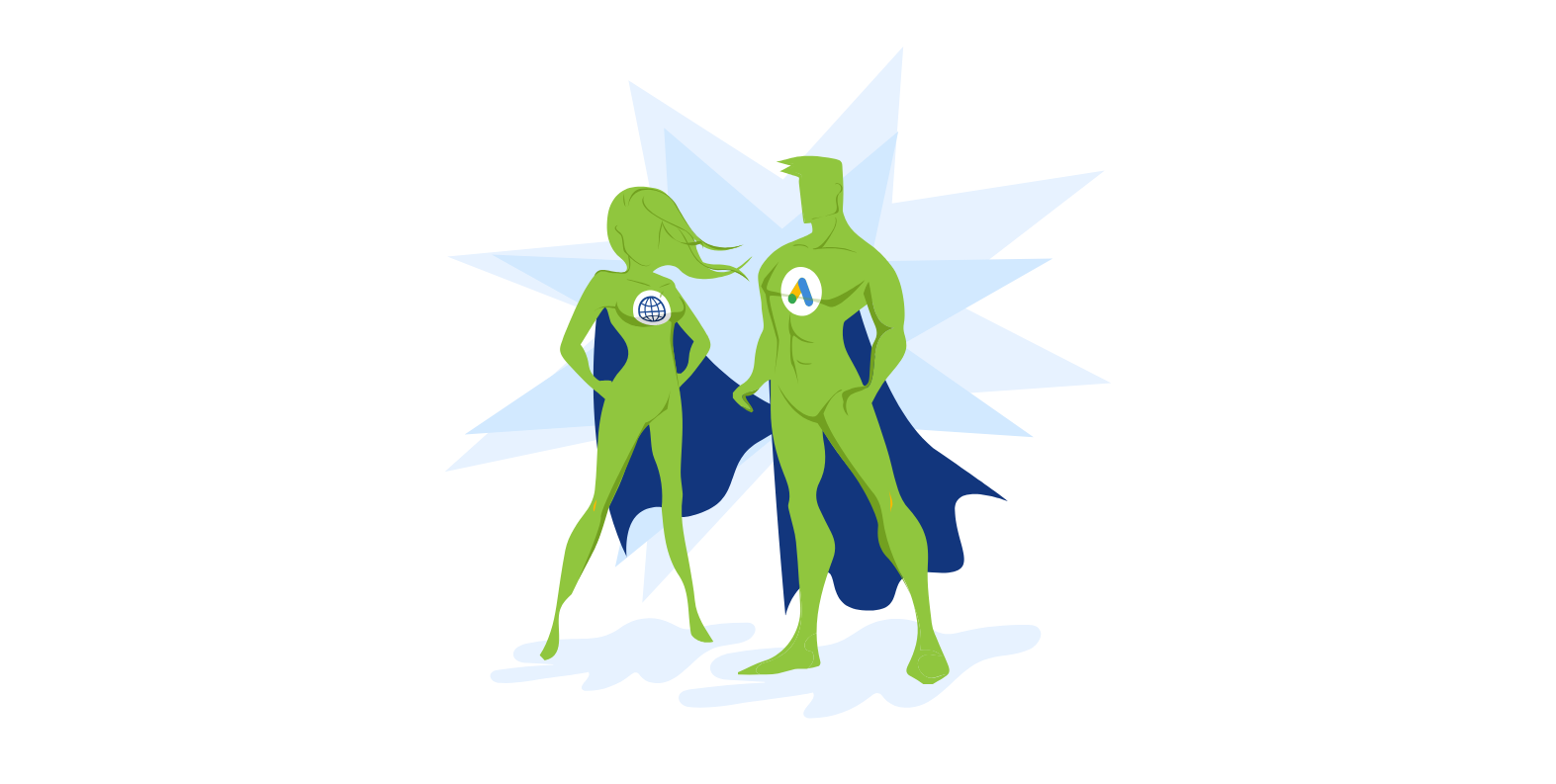 The last fifty years of research in cognitive psychology has identified a number of common misjudgements people make when thinking quickly. These cognitive biases affect everyday decisions and even our professional lives. In this list, we consider the biases most likely to affect marketers.

Confirmation Bias for Digital Marketing Experts: We all have our favourite methods and strategies. For those of us who favour more modern inbound marketing techniques, it is all too easy to dismiss evidence in favour of traditional marketing methods. Similarly, for a copywriter or designer, it is tempting to trust test responses that support your preferred content. The answer, in most cases, is studying the data.

Do you make sure that your samples are random and that your evidence is statistically significant? Does it annoy you if your data is inconclusive?

What is Congruence Bias? Congruence bias is our tendency to focus on a single hypothesis when analysing a situation. Rather than testing every possible explanation for a phenomenon, or experimenting with various ways to achieve an effect, we tend to stick to one formula until it is disproved.

You are presented with a strange machine that generates numbers according to a secret formula. You must guess the formula and are only allowed to ask one question.

The numbers emerge, one after the other:

Because your chosen question confirms your expectations, as well as every other possible rule, it is useless. The best strategy would be to conduct an experiment that challenges your hypothesis.

Congruence Bias for Digital Marketing Experts: A/B testing is a remarkably powerful resource, but it can only provide data for the experiments you run. In 2009, a Google employee resigned their post after complaining that the tech giant was running 41 different tests to find the optimal shade of blue. They may, or may not, have produced better data by testing a new design. Sometimes, more of the same is not the answer.

Do you always test several ideas before making changes to your website?

What is Conjunction Fallacy? Conjunction fallacy occurs when a set of associations become so powerful that they interfere with our sense of probability. Less likely scenarios might be considered to be more likely, or more frequent, than far broader circumstances simply because they fit a familiar pattern.

A classic example of Conjunction Fallacy is know as the ‘Linda Problem.’ Amos Tversky and Daniel Kahneman described the Linda Problem in their 1974 article Heuristics and Biases and their edited volume Judgement Under Uncertainty.

Linda (a fictional character) is a 29-year-old woman. She studied English Literature at university and became passionate about books and teaching.

You must identify which of the following is more likely:

Tversky and Kahneman presented a similar problem to a series of subjects. The majority chose option 2, a compound statement. However, the probability of two circumstances occurring together (“in conjunction”) is always less than the probability of one of them occurring on their own.

Conjunction Fallacy for Digital Marketers: One of the most obvious mistakes caused by the Conjunction Fallacy is narrowing your target market unnecessarily. For example, the fallacy might lead you to discard a large number of customers who do not conform to your intuitive model. You may decide to promote a product on a particular network (for example, a Social Media platform) due to its popularity with the group that you have in mind. This could prevent you from reaching a much larger potential audience.

Experience is a huge advantage in marketing, as is familiarity with the target market. However, it also has its dangers. Digital marketing experts should be wary of the associations they build up over time.

How well do you know your customers? Is this based on figures and facts rather than intuition (or that of your CEO)?

What is Conservatism Bias? Conservatism bias is our tendency to insufficiently update old ideas when evaluating new data. It can lead us to ‘under-react’ to information that should reshape our thinking.

The behavioural economists Ward Edwards and Lawrence Phillips identified the bias in a series of a series of experiments published in 1966. their work was reproduced by Daniel Kahneman and Amos Tversky’s in their Judgement Under Uncertainty. The effect can be illustrated with the Mystery Box Test…

Without any prior information, you correctly assume that the probability of Box A containing more blue counters is 0.5 (or, 50%).

The labels are removed from the boxes, and they are shuffled. You are invited to remove 12 tokens at random from one of the boxes. After 12 counters, you have 8 blue and 4 red counters.

What is the probability that you have chosen from Box A?

In the Mystery Box Test, participants’ responses tend to cluster around 0.7 (or 70%). Whilst they consider it more likely that they have chosen Box A, they are reluctant to dismiss Box B. If you find the real answer surprising, you have probably experienced Conservatism Bias.

Reveal Mystery Box Probability
In reality, the “Posterior Probability” that a participant has chosen Box A, given the counters selected, is 0.97 (97%).

Conservatism Bias and Digital Marketing: Conservatism bias leads us to stick with what we know, rather than what the data suggests we should be doing. Would you be brave enough to change your approach if the ROI for your PPC ads starts to dwindle? Being brave enough to make the call is part of being a digital marketing expert.

Do you regularly review your methods and adopt new techniques?

Research has suggested that memories are distorted positively over time. Even facts (such as the marks a person received in an important exam) are substantially altered as a person ages. Whilst this is good news for our general wellbeing, it might be a problem for marketing experts.

Choice-Supportive Bias and Digital Marketing: You evaluate all your marketing campaigns, and justify every penny that you spend on ads and marketing content. But do you really scrutinise your work? Learning to be critical of your decisions, or developing routines that allow your team to review things objectively, is one of the hardest parts of marketing.

Even so, it is this level of attention-to-detail that separates the digital marketing experts from the rest.

Are you willing to analyse your choices, knowing that they were not necessarily the best ones?

Time For The Digital Marketing Experts

If you recognised these biases and answered yes to all of the questions, well done! You are well on the way to becoming a digital marketing expert. To save you some time on your path to glory, explore our surveys of email marketing software and Intercom alternatives.

If the thought of scrutinising your work feels like a face full of Kryptonite, you should read up on the power of cognitive biases. You may be surprised at how much of the marketing world is undermined by common errors.

Whatever your answers, the examples above should have raised an obvious thought: “If these biases affect digital marketing experts and superheroes alike, what are the chances they are also affecting my customers…” To find out how digital marketing strategies can be designed with cognitive biases in mind, explore our articles on conversion rate optimization.

Reading Time: 4 minutes The machine wouldn’t scan. That was the excuse I gave to the security guards as they...