Some people are conference-naturals. They walk in and network, swapping ideas and contacts – even seeming to enjoy the canapés. I am not one of those people!

More of a wounded bull than a social butterfly, conferences are the kind of career-threatening china shops I try to avoid. However, the line-up for this year’s Digital Elite Day was too impressive to ignore.

I put on my best jacket and threw myself at the deep end of CRO networking. These are the 3 priceless insights I earned for my trouble.

A confession: I enjoyed myself.

That’s not to say I’m a certified canapé-convert. But there was a lot that I could not have learned anywhere else.

Already, since the conference, I’ve scheduled an Analytics audit. This was a result of (1) my concerns about polluted data, and (2) my genuine fear of offending Craig Sullivan. Alongside that, I’ve redesigned some customer surveys for an important client along lines I hope Els Aerts would approve of…

What is it about a star that is so persuasive? A single one-star review can destroy your conversion rate and cut your revenue to ribbons.

Why does the One-Star Effect Occur?

In 1933, the German psychiatrist Hedwig Von Restorff identified the effect that is named after her. Distinctive items in an otherwise similar list attract our attention. They’re also more memorable and have a larger impact on our decisions. In a field of 4 and 5-star reviews, the one-star review will be what customers notice.

The Von Restorff Effect is accentuated by the Negativity Principle. Not only will a bad review attract your customer’s attention more, it will also have a larger emotional impact than its positive counterparts. It’s like when you think about the best dinner parties you’ve ever been too; your judgement is skewed by even a single fatality. 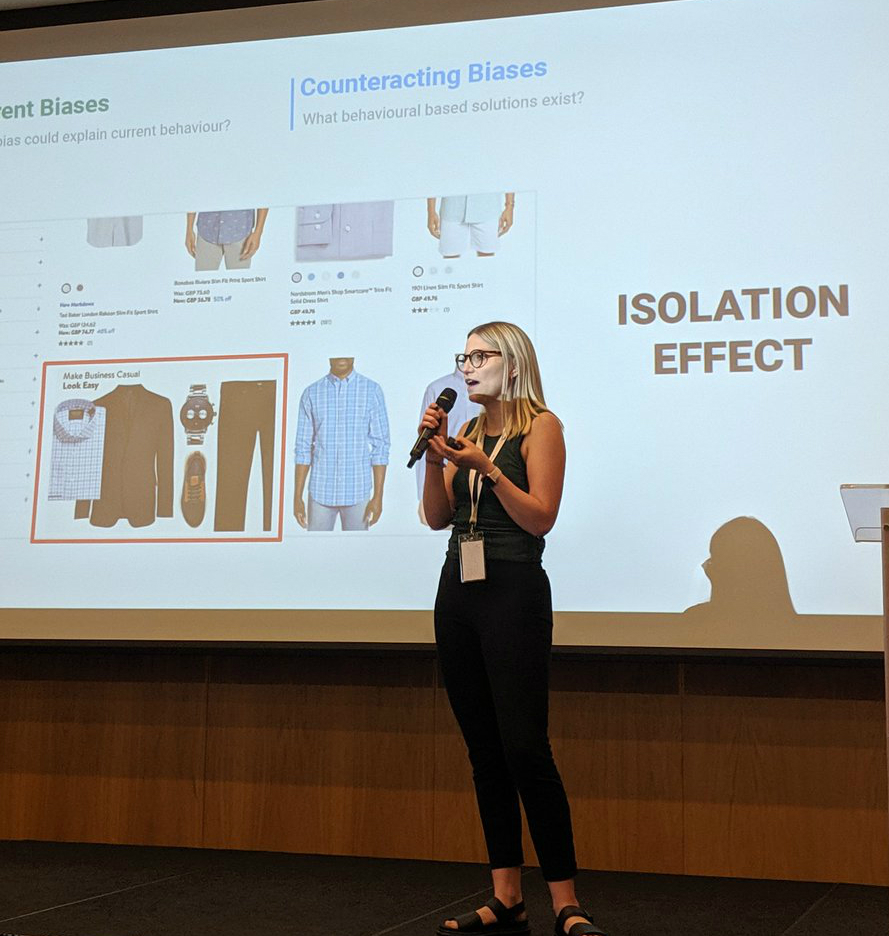 How To Address the One Star Effect

The Von Restorff Effect occurs due to the way information is grouped. It is possible to reframe that information to create alternative groups. Writing a long response to the bad review and one or two others will establish an alternative category of visually-distinctive items.

Conversion Rate Optimization as we know it will disappear. Small departments conducting tests on the work of larger departments is an awkward design for a business. It is also inefficient and, according to my colleagues, insufferable. With our eccentric work cycles and preference for theory, the CRO avant-garde have become an obstacle.

Whilst the past 10-15 years have highlighted the benefits of statistical validation, the technical high-ground is unlikely to persuade business leaders that they should continue to invest in CRO.

What is the future for the test-and-learn revolution?

Ton Wesseling suggests that CRO departments should be repositioned as “centres of excellence.” Operating within organisations and lending expertise to projects, these units would help larger departments optimise their own campaigns. The result would be a corporate organism in which every part has access to the means of validation (“A/B testers of the world, unite!”). 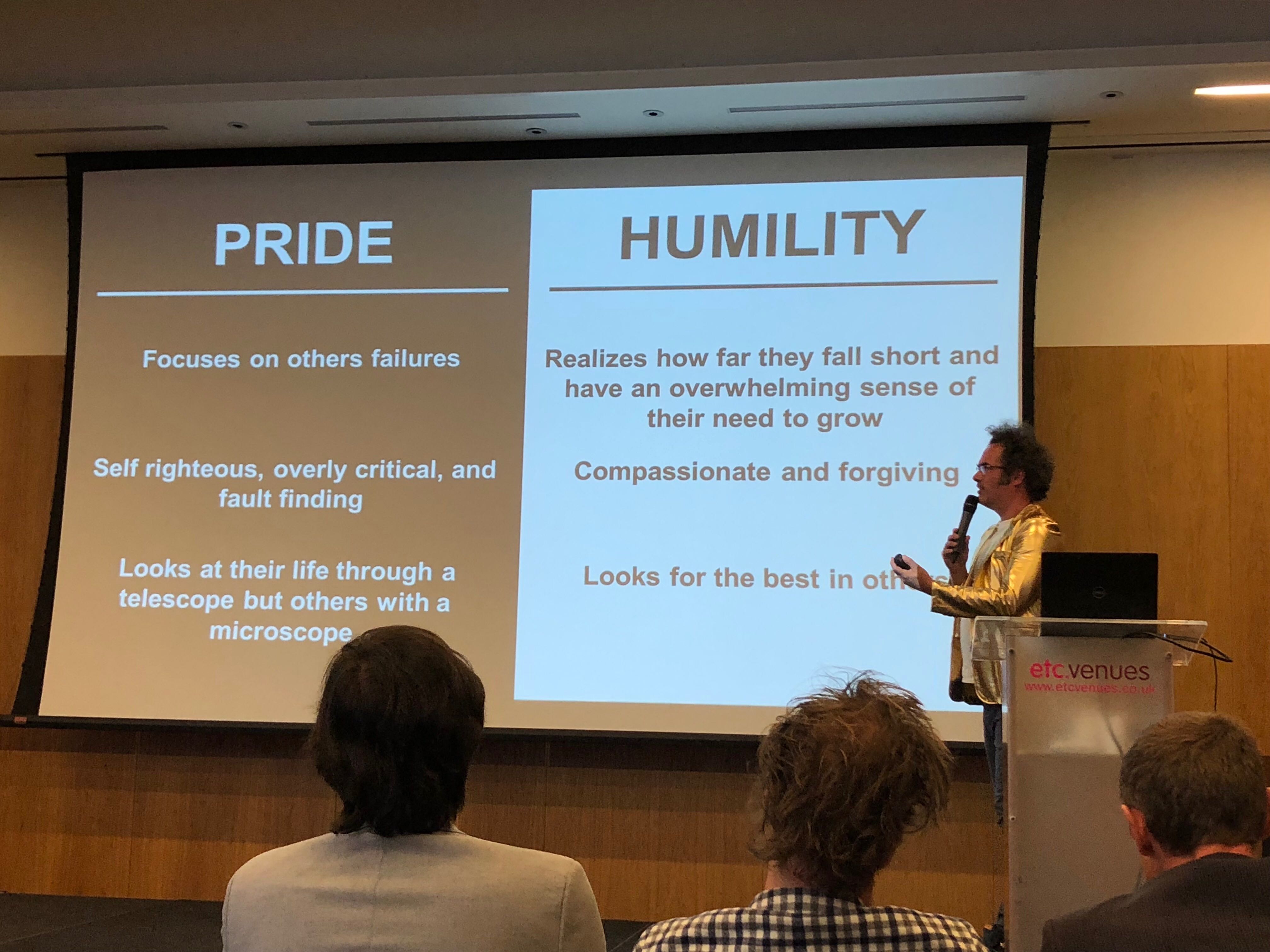 Alternative models suggest themselves, too. I managed to corner Ton after the conference and, between begging him to try his jacket and apologising for doing so, I suggested some other solutions:

The jacket remains in his possession.

Karl Gilis (AGConsult): How To Survive in the Age of AI, Voice and Hyper-Personalisation

When Kodak filed for bankruptcy protection in 2012, most business journalists did not look too far for the reason. A failure to evolve and an attachment to the technology of film had undermined the business. Digital, it was said, had killed the dinosaurs.

The obvious comparison was with Canon or FujiFilm, businesses that had embraced digital alternatives and maintained their market share. However, looking back at the collapse, a very different comparison presents itself. Perhaps the most pertinent counterpoint to Kodak’s demise is actually Amazon.

This was what Gilis argued in his keynote speech. Unlike Kodak, he said, Jeff Bezos’ Amazon embraced customer-centric business. In Bezos’ 1997 letter to the company’s shareholders, he spoke about the need to “obsess over customers.” 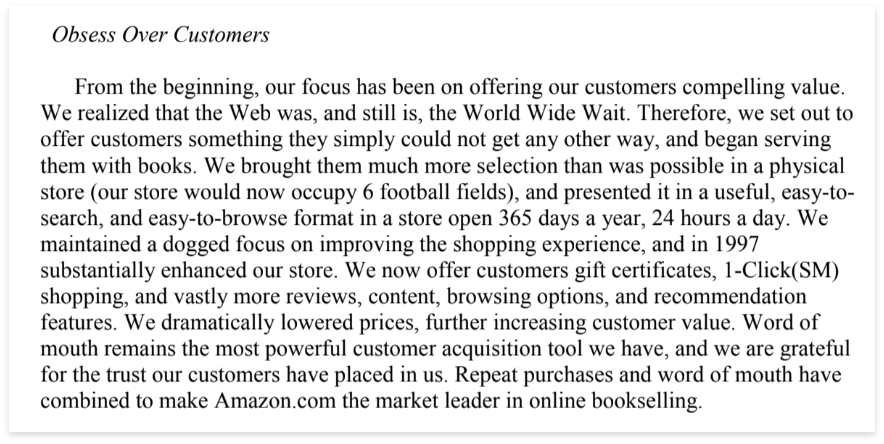 The shift required to create a truly customer-centric business is philosophical rather than technical. In truth, it is arguable whether any company truly achieves it. Amazon has occasionally tried to anticipate consumer demand (RIP, the Fire Phone!) However, thinking about your marketing from a consumer’s perspective is a good general rule. 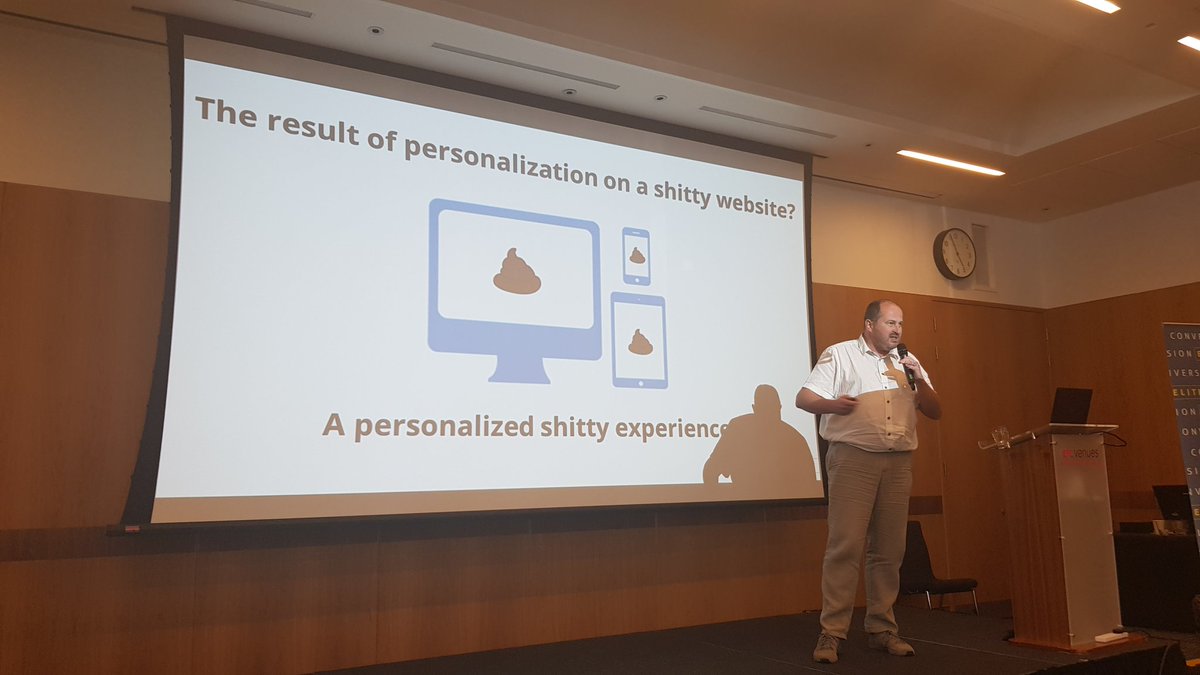 As I was listening, it occurred to me that the same rules seemed to apply in most areas of life (for instance, on a first date.) There are some basic guidelines for both marketing and dating:

One thing that struck me during the conference was this: CROs have a misplaced obsession with growth.

Increasing revenues allow a company to offer better value to its customers, increase its salaries or invest in innovation. Growth is not always best, growth and optimisation are not synonyms, and some of the world’s most successful companies are sustainably proportioned. Why the obsession with growth? Gold-jacket vanity…

Use Website Notifications To Get More Sales And Sign-Ups

Reading Time: 5 minutes Instead of the familiar deluge of emails, pop-ups and display ads, new technology like website notifications...